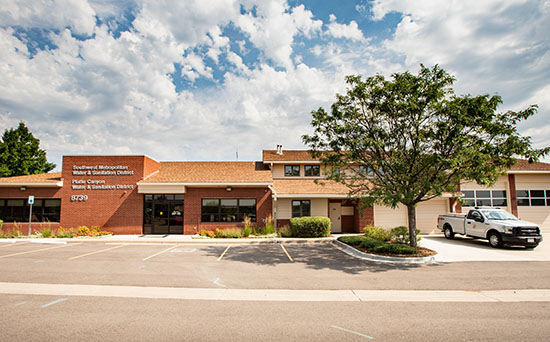 I’m sure you’ve noticed the construction going on through Jefferson County on Interstate 70, right? And if you have then you have seen the big blue pipes lined up in a field near Golden.

These large sections of pipeline — 50 feet long, 7 feet in diameter and weighing 25,000 pounds — are a critical part of a $90 million pipe replacement project for Denver Water’s northern delivery system. The pipeline is to play a hug role in how water from the mountains is transferred to customers.

The new water line will replace two existing pipelines that were built in the 1930s and 1950s. The pipelines carry water from Ralston Reservoir north of Golden to the Moffat Treatment Plant in Lakewood. The existing pipes did a great job but are showing age, so it is best to start replacing them now before any major issues occur.

The large row of pipes sitting in the field near I-70 and state Highway 58 will be installed as part of the first phase of the construction project.

The first phase also includes digging tunnels under state highways 93 and 58, as well as I-70 and two railroads.

The tunnel boring machine is a circular piece of equipment with a diameter of nearly 9 feet. The tunneling crew uses different types of boring machines depending on the type of soil and type of tunnel. The machine can dig about 40 to 60 feet per day when conditions are good.

The tunnel under I-70 will be nearly 1,600 feet long and also goes under a shopping area before reaching 32nd Avenue in Wheat Ridge. Crews hope to complete tunneling in summer of 2018.

Another challenge includes placing pipes under Clear Creek near Highway 58. The team will have to divert Clear Creek so they can remove the old pipes and then install new ones.

Engineers hope to complete the five tunnels, a creek crossing and installation of the first section of pipes by the end of 2018.

Once the tunnel phase is completed, trenches will be dug along the 8.5-mile corridor through Jefferson County, Arvada, Lakewood and Wheat Ridge to install the rest of the pipeline.

Another reason the pipe is being replaced is to make it compatible with Denver Water’s new water treatment plant being built next to Ralston Reservoir north of Golden. The new pipeline will be able to deliver safe water from the new plant.

The entire pipeline is expected to be completed by 2020, but it won’t go in service until the new Northwater Treatment Plant is operational in 2023.