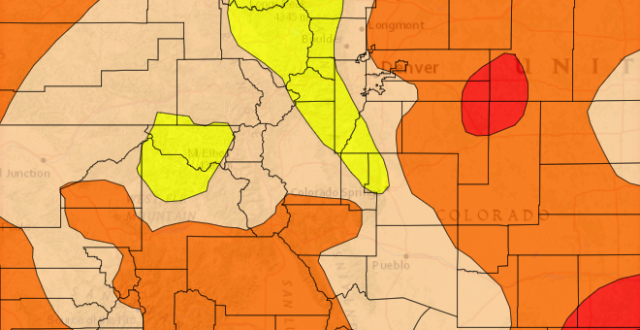 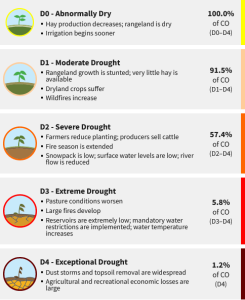 Last month was the 5th driest April for Colorado in the 128-year record. The northeastern plains experienced record dryness, with the rest of the eastern plains and southern mountains in the bottom 10th percentile. Temperatures were close to the normal range for most of the state. Due to high wind anomalies, dry air, and significant sunshine, evaporative demand in April was near record high for the eastern plains.

While some drought improvement occurred over the winter and early spring, drought conditions have begun to expand and worsen and are expected to continue worsening into summer.

REMEMBER! ANNUAL SUMMER WATERING RULES ARE IN EFFECT MAY 1 THROUGH OCTOBER 1

As of May 17, snowpack statewide is 55 percent of median. 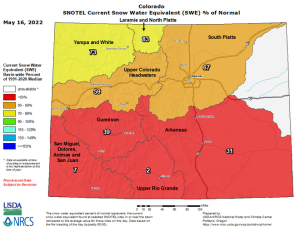 Denver Water’s reservoir levels are 80% full and were 84% full this time last year. Denver Water’s supply reservoir contents as of May 16 are represented in the table below.