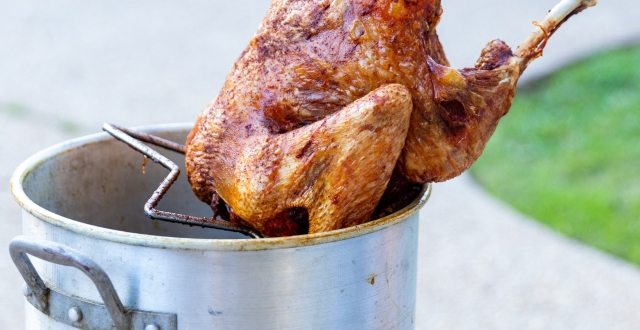 The District would like to remind you to can the cooking grease this holiday season. During Thanksgiving and Christmas, holiday cooking can leave gallons of unwanted oil and grease to clean up. 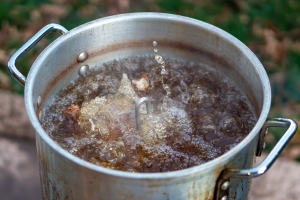 Used cooking oil can congeal, resulting in clogs and blockages in homes as well as in the collection system. Pipes blocked by grease is an increasing cause of sewer overflows. Too often, grease is washed into the plumbing system, usually through the kitchen sink. Grease sticks to the insides of sewer pipes (both on your property and in the streets). Over time, grease can build up and block the entire pipe.

Deep-fryer oil should not be poured on the ground or down a storm drain, which could pollute waterways and clog the storm pipe.

Avoid clogged pipes by scraping grease and food scraps into a can or the trash for safe disposal. Raw sewage overflowing in your home is not only unpleasant, but also costly to you, the homeowner. Increased amounts of grease entering the sanitary sewer system can also lead to higher sewer bills for increased operations and maintenance costs.

Kitchen sinks are not trash cans! Can the grease and prevent sewer backups!