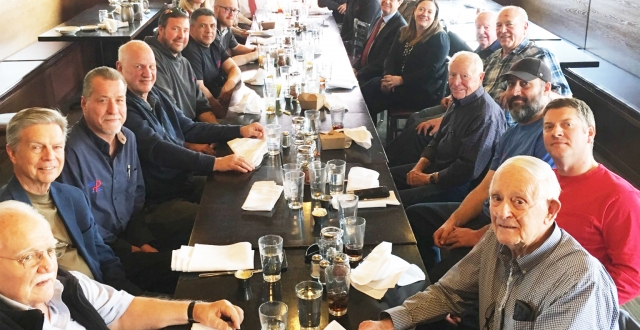 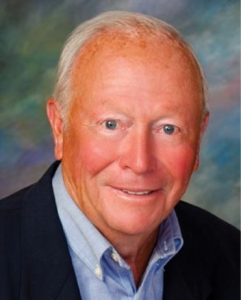 Richard “Dick” Dean Rock served on Platte Canyon’s board of directors from June 22, 2012 until his passing in December of 2020. At the time of his passing, he was president of the board.

Dick was born in Des Moines, Iowa on April 30, 1934. After high school, he joined the United States Army, serving a total of three years, two of those years in Korea. In 1954, he married his high school sweetheart, Joanne Heidman. There are three surviving children from this marriage, Gary, Mike, and Dana.

Dick attended college at Iowa State and then pursued a career in the insurance business. He retired from Guaranty National Insurance Company as Vice President. Since his retirement, he stayed busy with community involvement serving on his HOA board, as well as the Platte Canyon Water and Sanitation board.

“I was lucky to know Mr. Rock. He was a leader that had respect for hard work and compassion for those that worked hard,” said District Construction Programs Manager, Tony Cocozzella.

He was also greatly involved in his church where he directed the financial activities and helped with the grounds maintenance.

For what his family called his “mid-life crisis”, Dick took up flying. He had one-half interest in his own plane where he flew his family and friends on many trips. Dick’s favorite hobbies were skiing and golf. He volunteered as Mountain Host at Winter Park Ski Resort for 15 years.

District Operator Technician, Justin Roquemore, recalls how pleasant Dick was and how he always had a smile on his face.

“Dick Rock had a warm and friendly disposition. Every time we crossed paths in the field he would always ask how my day was going with a smile on his face. I will miss seeing his smile out in the field and in the office for board meetings.”

Dick will be greatly missed by the District and his community.