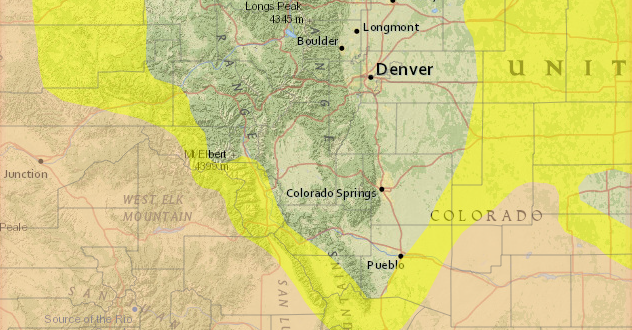 According to the February 25th update from the National Integrated Drought Information System (NIDIS), 3.3% (south-east and south-west region) of Colorado is in a severe drought, 39.5% is in a moderate drought and 27.1% of the state is abnormally dry. Twenty-nine percent of the state, the north-central region, remains drought free. Collectively, nearly 70% of Colorado is registering on the drought monitor. The map featured above shows the drought conditions on February 25th. 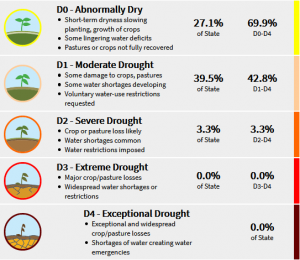 After a nice, calm and relatively warm January, globally the warmest January on record, statewide snowpack was boosted by February’s snowstorms. Most of the state was colder than average all through February. 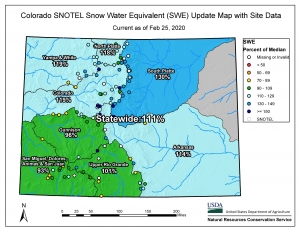