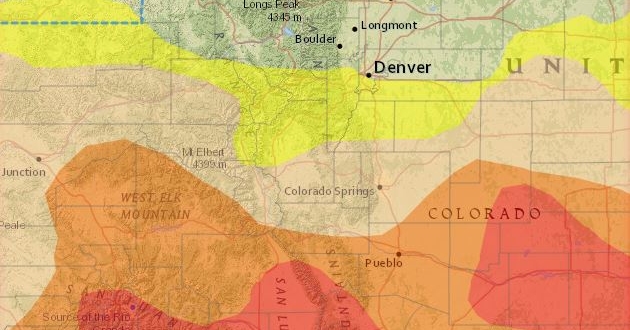 According to the May 26th update from the National Integrated Drought Information System (NIDIS), 17.5% of Colorado is in an extreme drought, 26.3% is in a severe drought, 21.4% is in a moderate drought and 11.6% of the state is abnormally dry. 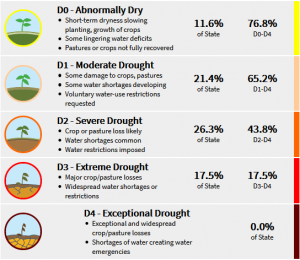 Collectively, over 60% of Colorado is officially considered to be in a drought. This time last year, the state was virtually drought free. The map featured above shows the drought conditions on May 26th.

Reservoir storage remains just above average for most major basins except the southwest reservoirs (95% avg), the Upper Rio Grande (78%), and Arkansas (91%). Statewide, reservoirs are at 104% of average and 61% capacity.

The District would like to remind our customers that Outdoor Watering Rules are in effect as of May 1st and will continue until October 1st.

Following these rules can help preserve reservoir levels thus reducing risks of future water restrictions while leaving your landscape healthy and nourished. The following rules are especially important to follow given our current drought situation.